Storing food is something that people have always done. It’s only recently that it has been seen as strange or paranoid if someone stores food for longer than a couple of weeks.

Food storage is important for the following reasons:

It’s seen as even more strange if a family is purposely storing food in case a disaster or some other event happens to strike. Food storage is important and everyone should make sure they have at least some food put away in case it’s needed.

Getting Back to Our Roots

In the past, people lived in rural communities that produced most of their food locally. Milk, eggs, cheese, and almost everything else was produced by someone in the local community and it wasn’t uncommon for food to go straight from the garden to the table.

When this was the norm, families were much more resilient and able to take care of themselves. Then, people started to move more toward urban areas.

As more people moved into urban areas they became more and more reliant upon grocery stores and having foods shipped to them. Even minor interruptions in the delivery of food could cause a massive disaster.

Today, our reliance on just in time delivery of food is at an all-time high and we store less food in our homes than ever before. Technology is what keeps us eating these days and most of us are completely reliant on it to survive.

The Importance of Storing Food

All of these reasons are good enough to start storing more food at home by itself. When you add all of them together, there’s no reason why having a couple of months of food storage shouldn’t be a goal for everyone!

Eating out is expensive. When you’re eating food from your own food stores, it’s much less expensive than going to a restaurant or eating fast food.

In order to make a profit, restaurants charge about 300% more for the food they serve than what they paid. This means that a $15 meal out could have been prepared at home for around $5! That’s not that bad if you only do it once in a while, but if it’s a habit that your family is in it can really add up.

Preparing your own food also limits the amount of food that goes to waste. Leftovers can be refrigerated or put back in storage without having to throw them away. Every time you throw away food, you’re essentially throwing away money!

Having food available in your own house or apartment is much more convenient than having to go to the store or pick something up at a restaurant every day.

It Makes You Self Sufficient

There is a lot to be said for being self-sufficient. When you know that you’re not reliant on a paycheck or other people for food and water, it can give you level of internal peace that most people don’t understand.

It’s nice to know that no matter what happens, you and your family have the means to keep going. Disasters can come and go and you know that they’ll be okay. 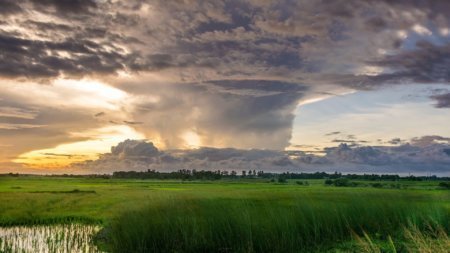 Regardless of where you live, you’re going to be subject to some kind of natural disaster. Food storage isn’t just for the people that think the world is going to end because of some catastrophic event it also for people who understand that nature can be unforgiving and there may be a time when it gets in your way.

Man-made disasters are always a possibility. No one can ever tell what someone else will do.

These cover everything from chemical and HAZMAT accidents to intentional terrorist attacks. I even include wars and attacks by rogue nation-states as part of this type of disaster.

The current climate in the world seems to be making intentional man-made disasters all that more likely. We’re even seeing a spike in terrorist type actions in the United States.

Personally, I expect these events to become even more common. I definitely don’t see them letting up any time soon.

I decided to keep an economic crisis as it’s own category because it functions a little differently than most other man-made disasters. Terrorist attacks and chemical plant accidents are immediate actions that we can see right away.

An economic crisis can be quick, but it’s most likely going to a slow decline that picks up right before it gets really bad.

Most of the major indexes have stops built into them to keep an immediate crash from happening on any given day. This insulates us a little from the flash crash style of economic crisis and is the main reason that I see it coming slowly until the defenses put up just can’t prevent it any longer.

Food storage keeps you protected from having to pay increasing food prices as money loses value. It also helps you long before an kind of economic crisis happens by saving you money every day!

The health benefits of food storage and cooking at home are one of the things that people normally don’t think about, but tend to see almost immediately.

For people with food allergies, this gives them a way to eat the foods that work for them. For others, just getting away from the over-processed food that they’ve been eating for years can have a profound effect on their health.

Eating whole grains and wheat can lower your risk of heart attack and heart disease, adds tons of fiber to your diet, lowers cholesterol and can help keep your weight at a healthy level.

Everyday emergencies are one of the ways that having food storage can help you. Plenty of people have been fired, have had unexpected medical bills or had a car repair bill that wiped out their bank account.

For families that haven’t been storing food, these types of unexpected events can turn into a full-blown family disaster. I never want to have to choose between paying a bill and buying food!

These small scale personal emergencies affect people every day. No one is immune to job loss and having some food stored puts you in a position where you never have to worry about eating. It lets you concentrate on coming up with a solution to the problem that just popped up.

The Government Can’t Protect You

FEMA and both local and federal governments recommend having at least a few days of food storage. This is because they know that there are plenty of situations where they won’t be able to save you if there’s no food available in your area.

Look at how the government handled disasters like Katrina. It wasn’t pretty and (trust me) the government is slow to learn from its mistakes and quick to forget those lessons once it finally does learn from them. Just a few days of food storage will make sure that the government has a little extra time to put its disaster recovery plans into effect.

Better yet, with enough food storage, you won’t have to rely on them for food and water at all!

Getting started with food storage doesn’t need to be difficult or expensive. You can start with as little as $5 or $10 a week.

Every time you go grocery shopping just grab a couple of cans of food that you like. Depending on what you grab, it’ll probably be good for a couple of years.

Keep doing this every week and you’ll have several weeks of food stored up before you know it. Keep going for a little while longer and you’ll be at a few months of food storage in no time.

Just do something! It’s really that easy.

Why is it important to store food properly? Storing food properly is important because extends the life of the food and it prevents the growth of bacteria and other microbes that cause food poisoning. Improper food storage can cause all kinds of problems, ranging from minor stomach pains all the way to death!

What are the advantages of drying food? Dehydrating foods has a couple of benefits. It decreases the weight and size of the food, making it easier to store larger quantities in a smaller area. The main advantage, however, is that removing the water inhibits the growth of microbes that reduce the life of foods and can cause food poisoning.

People have always stored food, but technology has made getting food so easy that some people even think it’s strange to store food.

Food storage remains important even with our modern conveniences. Food storage gives you the ability to survive long term disasters and other events that would cause an interruption of just in time food delivery.